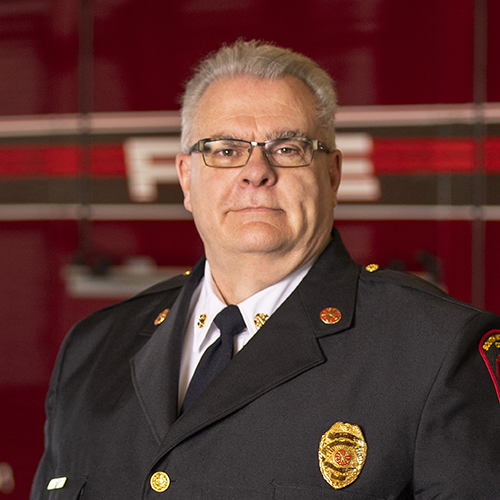 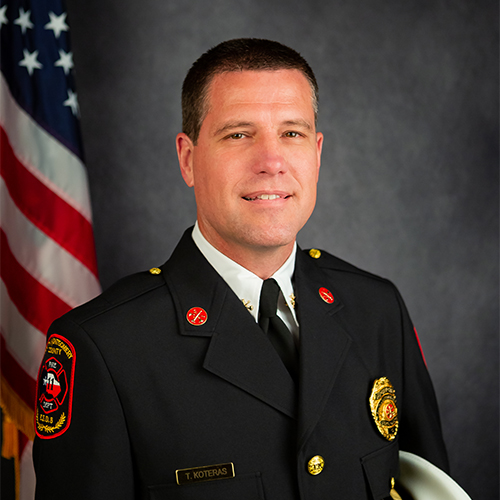 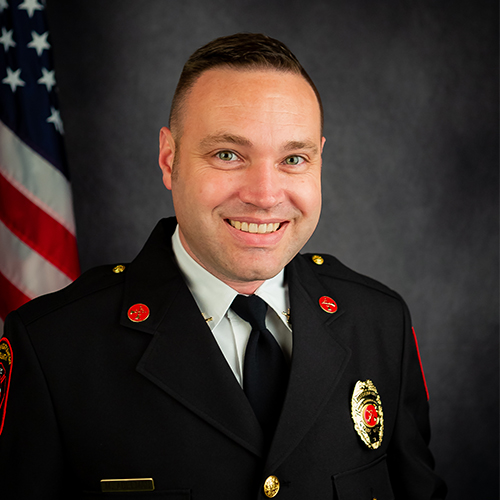 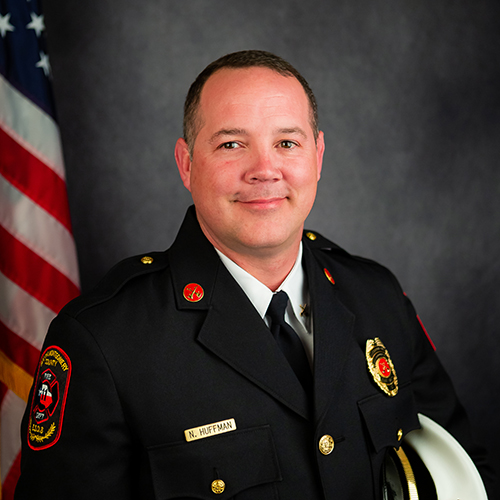 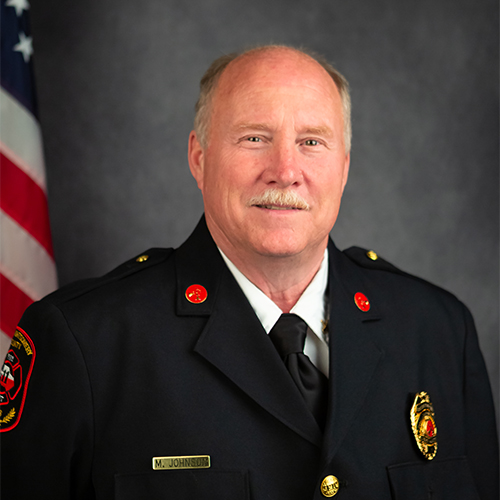 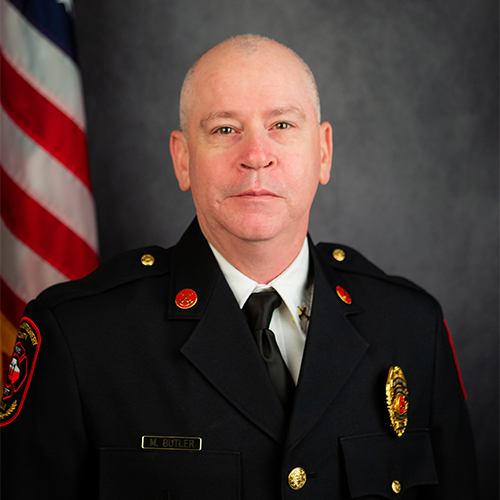 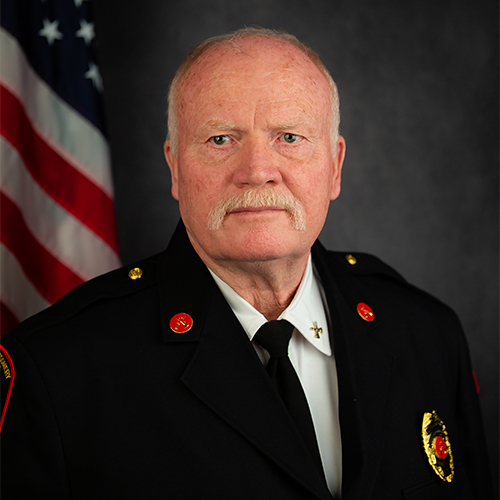 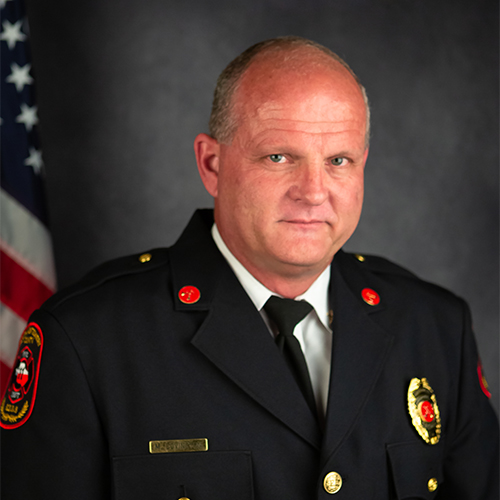 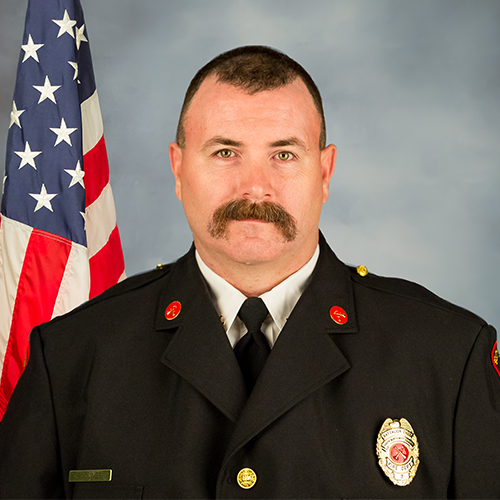 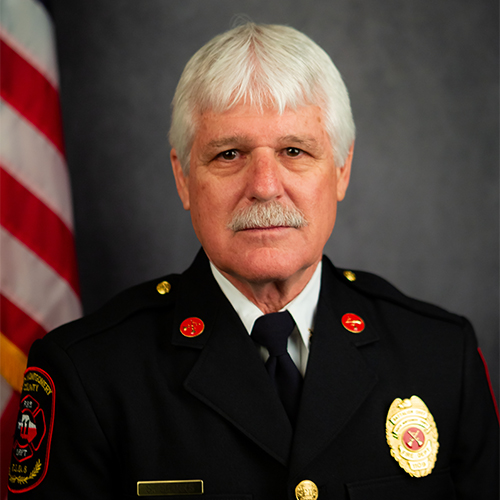 Chief Robert Hudson has been an active member of the public safety community for more than 45 years, with experience in fire service, emergency medical services, law enforcement, emergency management, and emergency service training. He was appointed fire chief by the Emergency Services District #8 Board on March 1, 2009.

Chief Hudson came to Texas from the state of Michigan, where he began his career in 1973. During his 36-year tenure there, he held Fire Chief Officer positions for the City of Portage, City of Center Line, and Delhi Charter Township.

Prior to his fire chief officer positions, he served as a Deputy Sheriff-Paramedic for the Ingham County Sheriff’s Office in Michigan, and he also held Emergency Management Coordinator roles for Chippewa County, Ingham County, and the City of Center Line in Michigan.

Chief Hudson served 18 years as a part-time faculty member for the regional fire training academy and also instructed within the EMS program and the Mid-Michigan Police Academy at Lansing Community College in Lansing, Michigan. He’s been an adjunct faculty member at the University of Nevada-Reno Fire Science Academy and adjunct faculty for the Michigan State University School of Criminal Justice, instructing classes throughout the United States as part of a United States Department of Homeland Security contract.

Educationally, he received a Master’s of Science degree in Executive Fire Leadership Degree from Grand Canyon University in 2008. He holds a Bachelor of Applied Science degree in Public Safety from Siena Heights University, and he holds three Associates degrees (in Law Enforcement, Emergency Medical Services, and Fire Science) from Lansing Community College.

Chief Hudson is a graduate of the National Fire Academy’s Executive Fire Officer Program, holds the Chief Fire Officer Designation from the Center for Public Safety Excellence, and was named the Fire Service Chief Executive Officer from Texas A&M University. He also completed the Professional Development Program in Emergency Management at the Emergency Management Institute at the National Emergency Training Center in Emmetsburg, Maryland.

In the fall of 2006, Chief Hudson had the unique opportunity to travel to Malaysia, spending two weeks training with the Bomba Dan Penyelamat (Fire & Rescue Department) regional Hazardous Materials Teams in Terrorism Response at the Fire & Rescue Academy Malaysia (FRAM) in Kuala Kubu Barhu, Malaysia, as faculty from the University of Nevada-Reno.

Chief Hudson had the honor to serve as one of the responders to the World Trade Center disaster in New York City, working search and recovery activities at Ground Zero from Sept. 12-14, 2001.

Chief Hudson’s son is following in the career path as a firefighter/paramedic in Michigan. Chief Hudson has a grandson and a granddaughter has three felines at home and enjoys photography as a hobby.

Chief Troy Koteras has been part of the Houston-area fire-EMS for more than 25 years and has held numerous positions in operations and management.

Chief Koteras joined South Montgomery County in June 2017 as the Deputy Chief of Operations, where he plans, organizes, and directs the operations of our department; manages the Training Division; and manages the professional development of all members. He’s also responsible for creating, updating, and revising policies and procedures related to operations. He manages the department resources within the confines of the annual operations budget, and he assists with the strategic and long-term planning of the organization.

Chief Koteras also has been a member of the Houston Fire Department since Nov. 7, 1994, and is currently assigned as a District Chief. From 2002 to 2013, he was the Assistant Chief – EMS for HCESD #46 (Atascocita, Texas, Volunteer Fire Department). From 1997 to 2006, he was an EMS Instructor/Examiner for the San Jacinto College District in Houston. From 1993 to 2003, he was the Operations Director for North Channel EMS in Houston.

Chief Matthew (Matt) Adelman began his career in the fire service as a volunteer at Pecan Grove Fire Department near Richmond, Texas. From there, he’s served in various fire/EMS service capacities all throughout the state of Texas — ranging from small, single-station volunteer departments to a very large municipality. He has worked diligently, and he currently holds the rank of Battalion Chief at Montgomery County ESD# 8.

From a young age, Chief Adelman has enjoyed helping people and always knew he wanted to pursue a career in the fire service. After graduating high school, he attended Texas State Technical College in Waco, Texas, where he completed an Associates in Science degree in Occupational Safety and Health. While working on this degree, he simultaneously completed his EMT-Basic training at McClennan County Community College. He then went on to the University of North Texas, where he completed a Bachelor of Applied Arts and Science degree in Emergency Management and Criminal Justice. He returned to Houston after he completed his degree, where he continued to pursue his passion by volunteering at Atascocita Fire Department. A short time later, he was employed full-time by a large municipality.

After completing fire training and the required probationary period, Chief Adelman completed paramedic training at Houston Community College and was hired as a part-time paramedic for Atascocita Fire Department. As his time at Atascocita progressed, he was offered a full-time position as the Emergency Management Coordinator for the organization. In addition, Chief Adelman was responsible for large-scale project management within the department. He also developed a PM and maintenance program for the fleet and facilities, and he coordinated repairs for the organization. In June 2018, he accepted the Battalion Chief of Emergency Preparedness role at Montgomery County ESD# 8.

Chief Nathan Huffman came to South Montgomery County by way of North Texas. Originally born and raised in Bonham, Texas, he began his fire service career as a firefighter in Sherman, Texas, and during his 12 years there, Chief Huffman was promoted through the ranks and eventually held the position of Division Chief of Fire Prevention/Fire Marshal for the city.

He joined the South Montgomery County Fire Department in April 2014, where he is now the Battalion Chief of Safety and Training for the department. His primary responsibility is to coordinate, instruct, and deliver daily training for all departmental personnel. Chief Huffman holds Master certifications as a Firefighter, Fire Inspector, Fire Investigator, Arson Investigator, Fire Officer, Fire Instructor and Paramedic, and he also holds a Texas Peace Officer License. He also holds many certifications in advanced rescue.

Chief Huffman looks forward to serving the members of this department and citizens of this community, and he’s very excited about the potential growth and development of this area.

Chief Mike Johnson has been an active member of the public safety community for more than 43 years, with experience in fire service, emergency medical services, and emergency service training. He was appointed Assistant Fire Chief by Chief Hudson in October 2009 and became A Shift Battalion Chief in January 2016.

He came to Texas from Florida, where he was the Fire Chief of Lake City. During his career, he has held the roles of Fire Chief, Assistant Fire Chief, Battalion Chief, Training Chief, Captain, and Lieutenant, and he’s served in Texas, Florida, Michigan, California, Kansas, and Missouri.

He’s a Texas-certified Advanced Firefighter, Fire Officer IV, and Fire Instructor II, and he holds a Hazardous Materials Technician certification, Chief Johnson has a broad span of knowledge in large-water supply training for fire departments and has ISO consulting work experience. Chief Johnson was also the Regional Manager for Ferrara Fire Apparatus for the state of Texas from July 2007 to February 2017.

Chief Johnson had the honor to serve as one of the responders to the World Trade Center disaster in New York City, working search and recovery activities at Ground Zero from Sept. 12-14, 2001.

Chief Mike Butler has been an active member of the fire service for 30 years and has served the citizens of Montgomery County Emergency Services District #8 for the past 20 years.

On April 1, 2009, the ESD took over the operations of the fire department, and at the rank of Captain, he was made the Shift Commander, overseeing the B shift. In September 2011, Chief Butler was promoted to his current rank of Battalion Chief, where he currently serves as the District 1 Battalion Chief on the B shift.

Chief Mike Covington began his fire service career as a volunteer fireman in 1995 with the North Montgomery County Fire Department. In 1998, he moved to become a volunteer with the Montgomery Fire Department, and in 2000, he became a full-time fireman with them. Chief Covington moved through the ranks of volunteer fireman, full-time Lieutenant, and Captain and Battalion Chief, and he was on the Apparatus Committee for 10 years.

In 2013, he moved to work full-time with the South Montgomery County Fire Department as a career Lieutenant. He has since been promoted to an A Shift Battalion Chief.